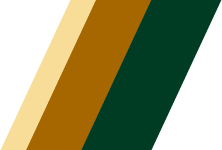 Confirm FFL Transfer
Confirm FFL Transfer ORDER WILL BE CANCELLED IF THE FFL FOR TRANSFER AND A COPY OF YOUR SOT IS NOT RECEIVED WITHIN 48HRS. SEND FFL/SOT INFO
NFA Regulations
All NFA Regulations apply. Each state’s laws dictate what can or cannot be possessed in its own state. Some county’s within each state are different as well. Please contact your local ATF Field office with any ATF questions or concerns you may have. Noveske Rifleworks LLC reserves the right to use discretion when selling to each individual state.
Prop 65 Warning
Prop. 65 Warning for CA Residents WARNING:

The Saker line is a heavy-duty, 5.56 NATO / .223 Rem dedicated suppressor line comprising both the Saker ASR 556 and ASR 556K. It features several design cues never before included in one centerfire rifle suppressor, until this creation. The Saker line was originally introduced as one of the first centerfire rifle suppressors to include a full Cobalt 6 core. This is a critical factor for withstanding high heat and pressure associated with high rates of fire for prolonged periods of time.

Another key feature of the Cobalt 6 core is the introduction of the Hoplon Baffle which is designed to be more wear-resistant than a traditional conical shaped blast baffle when mounted to short-barreled rifles. Because of its solid construction, there are no barrel restrictions for the Saker ASR. The Saker ASR line is also the first in its class to offer several adaptable features such as removable and replaceable front cap options (including a standard flat front cap, flash hider front cap and stand-off front cap) and the interchange-ability of mounts using the Charlie ASR Mount or Charlie DTMs.

*NFA Item*  If you purchase this item, please scroll up and go to  “Confirm FFL Transfer”.  There you will be able to email your class 3 FFL dealer and SOT information to us.

***This product is restricted in certain states and may be restricted in other local jurisdictions. It is the customer’s responsibility to be aware of and abide by all applicable local laws.***